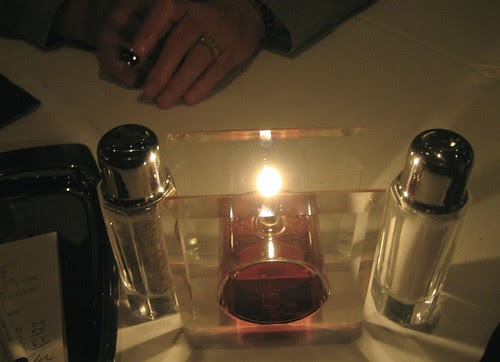 Ten little steps, and how One grew - Dave's Whiteboard

Van Merriënboer and Kirschner claim, maybe a bit simplistically, that "traditional" instructional design starts with the subject matter and adds practice items. The Ten Steps, in contrast, start with "whole-task practice tasks" which become the backbone for everything else.

So the French were right: en forgeant, on devient forgeron. By working at smithing, you become a blacksmith. You sometimes see this translated as "practice makes perfect," but that's not the case. Practice can reinforce what you're doing, but on its own doesn't guarantee you're doing the right things, let alone doing them right.

vM&K give an example task: controlling air traffic. Worked examples might include radar and voice information about a particular problem situation (the "given"), similar information showing a safe resolution of the problem (the goal), and actions necessary to reach or maintain safety (the acceptable solutions).

Give your Training a Visual Boost - Ruth Clark in ASTD

Most of us have had no training in visual literacy. We think and communicate with words rather than visuals. So it will take some time and effort to begin to think visually as you plan your training materials.

Instructional designers at work: A study of how designers design - Canadian Journal of Learning and Technology

In this exploratory study we uncovered a range of social and intellectual skills that our sample of working instructional designers deployed in their daily efforts to collaborate with their clients to create effective instruction. None of these skills are explicitly prescribed in any of the extant 'instructional design models'. In fact, some of these activities are the sorts of things the designer must do to fill one of those boxes ('Analyse', for example in the ADDIE model), and some are things that fill the "white spaces" (Rummler & Brache, 1995) that the designer crosses in moving on to the next box ('Design'). In short, while the models may list milestones or deliverables in the design of instruction, the skills we have uncovered are the means of reaching these milestones and producing these deliverables.

Our interviews appear to confirm the findings of Kenny, Zhang, Schwier, and Campbell (2004) that instructional designers do not do their work by following established models, nor by basing actions on theory. Instead, our designers' tactics suggest they view design as an "ill-structured problem" (Jonassen, 2002; Schön, 1987) or "wicked problem" (Becker, 2007) with many possible solutions, which they pursue with a large repertoire of social and cognitive skills.

The King Is Dead! Long Live the King! - Guy Wallace in The Pursuing Performance Blog

Training/Learning is "simply" a means to "that end."

And I see 3 "contexts" for Learning/ Training:

When an organization "does not" INVEST in Formal Learning - the default is now called Informal Learning - me the greybeard always referred to it as U-OJT: Unstructured OJT (On-the-Job-Training).

The future of failing formal - Clark Quinn in togetherlearn

One of the best things about the web and social media is how much great information is written and produced every single day. If you're a regular reader of blogs, you probably come across great articles that you just want everyone to know about. But what's the best way to share these posts?

Growing up poor isn't merely hard on kids. It might also be bad for their brains. A long-term study of cognitive development in lower- and middle-class students found strong links between childhood poverty, physiological stress and adult memory.

"The USA likes to be #1 in everything, and when it comes to the percent of children in poverty among the richest nations in the world, we continue to hold our remarkable status." - David Berliner

David Berliner was one of the first to note this -- Blog Action Day 2008 - Poverty
Posted by Donald Clark at 8:20 PM

Really worth to read all info, thanks allot.