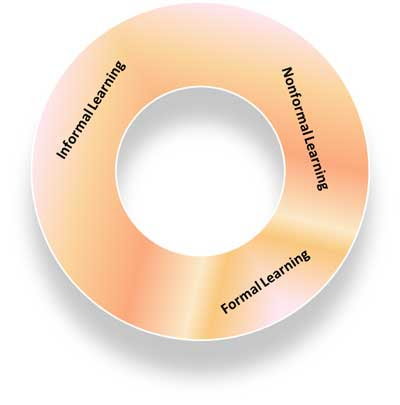 In a couple of recent posts both Ben Betts and Clive Shepherd casts their doubts about the usefulness of 70-20-10 model and wonder if it's confusing the issue. You can read their posts at The Ubiquity of Informal Learning, and Beware who's selling informal learning.

I tend to agree with them, but before I begin I want to add that if you think I'm anti-informal learning, then please note that I wrote a post defending informal learning and it was Tweeted quite heavily. In addition, I've seen in the comments of these posts and others that if you challenge the idea about the usefulness of the 70-20-10 model then either you don't want to understand it, you clearly don't get it, or you see it as a threat to your job. If this is what you really think then you may talk-the-talk of informal and social learning learning but you walk-the-walk of a lecturer—“it's my way or the highway.” I have no patience with these attitudes because they are simply attacking people rather than their ideas.

While some proponents of the model insist it is non-prescriptive, both Ben Betts and Clive Shepherd saw the model as being “prescriptive.” I saw it as being prescriptive. Jay Cross saw it the same way as he wrote in one of his posts, A model of workplace learning,“The 70-20-10 model is more prescriptive. It builds upon how people internalize and apply what they learn based on how they acquire the knowledge.”

Even the Center for Creative Leadership, where the model was developed, write that the 70-20-10 model is indeed prescriptive:

“A research-based, time-tested guideline for developing managers says that you need to have three types of experience, using a 70-20-10 ratio: challenging assignments (70 percent), developmental relationships (20 percent) and coursework and training (10 percent).”

The 70-20-10 model is a prescriptive remedy for developing managers to senior and executive positions. Parts or perhaps all of the model may be useful for developing other professionals. However, by no means is it a useful model for the daily learning and work flows that takes place within organizations because it is being applied in an entirely different context that what it was designed to do. When people see numbers applied to a model they normally assume a couple of things: 1) that it is fact based, and/or 2) this is the way it is supposed to be.

As Will Thalheimer noted in one of his posts, adding numbers to make a model look more authentic makes it both bogus and dangerous (see People remember 10%, 20%...Oh Really?). I can attest to that because in some of my posts in the past I wrote that the formal to informal ratio was 30/70. People immediately commented and insisted it was 20/80 or 10/90. They seemed determined to lock the numbers in to an exact ratio—NO EXCEPTIONS! Even the model is begriming to look more like real ratios that must be adhered to because it is now being written as 70:20:10. Where will it end?

Yes, you can manage informal learning

Jane Hart recently posted a thought-proving article on her blog in which she argues that you “can't manage informal learning, you can only manage the social media tools.” In her post she goes to great depth to define some of the various types of learning, such as formal, non-formal, and informal, however, I think the same needs to be done for “manage” in order to get a more accurate picture, otherwise we get mental images of Dilbert's pointy-haired boss when someone speaks or writes about management.

People often equate the term “management” with “control,” that is, when you manage something, you are trying to take direct control of it. However, management and control are actually two of four distinct processes for guiding an organization. The other two are leadership and command. While these are separate processes, they need to be blended together to deal with our rapidly changing world. Note that while I define the terms based upon my military experience and training, civilian organizations often use them because the military has the resources to study and research these concepts (and their studies are often done on civilian organizations which makes them valuable to the outside world). 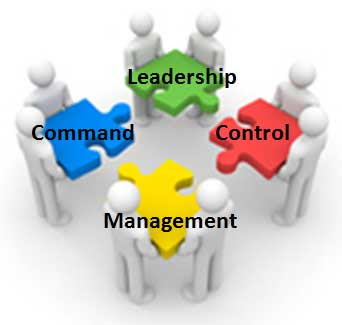 Command is the imparting of a vision to the organization. It does this by formulating a well-thought out vision and then clearly communicating it. It emphasizes success and reward. That is, the organization has to be successful to survive and in turn reward its members (both intrinsically and extrinsically).

An example in this case would be visioning a process that helps to increase informal learning and make it more effective. A bad vision would be implementing a social media tool, such as a wiki or Twitter. This is because they are tools or technologies that are means rather than an end-goal.

Visions do not have to come from the top, but rather anywhere in the organization. Informal leaders are often good sources of visions, however if the vision requires resources, then they normally need the support of a formal leader.

In contrast, control is the process used to establish and provide structure in order to deal with uncertainties. Visions normally produce change, which in turn produces tension.

For example, “is the tool we provided to increase the effectiveness of informal learning really working?” Thus it tries to measure and evaluate. Inherent in evaluation is efficiency—it tries to make the goal more efficient. This can be good because it can save money and often improve a tool or process. The danger of this is if the command process is weak and the control process is strong then it can make efficiency the end-goal. That is, it replaces effectiveness with efficiency.

A good example of this is our present economy that caused many organizations to perform massive layoffs. Now the same organizations are complaining that they can't find qualified workers. Efficiency over road effectiveness—they failed to realize that they would need a trained workforce in the future.

Management's primary focus is on the conceptual side of the business, such as planning, organizing, and budgeting. It does the leg work to make visions reality. Thus it helps to acquire, integrate, and allocate resources to accomplish goals and task. This is why you need to manage non-formal learning and not just the tool itself. The goal is to increase informal learning and make it more effective, not to put into place a media tool. If the tool because the goal, then the wrong polices could be put into place that decrease its value as an informal learning tool.

Secondly, if the focus is only on the tool, then other options are omitted, such as tearing down cubicles and creating spaces where people can meet.

In contrast, leadership deals with the interpersonal relations such as being a teacher and coach, instilling organizational spirit to win, and serving the organization and workers.

Thus all four processes have their place. When you manage informal learning, you are not trying to control it, but rather planning how you will put the vision in place, budgeting for the required resources, and then organizing the teams so they can make it a reality.

In the August 2010 (p.10) edition of Chief Learning Officer magazine, Michael Echols notes a survey that the number one priority of 96 percent of the CEOs they surveyed want proof that learning programs are driving their top five business measures, but only 8 percent are getting it. Thus the learning and development leaders are going to start feeling the heat to get some type of evaluation process into place. If informal learning is going to be one of the primary objectives, we are going to have to get real about actually trying to measure it. The excuse that the learners control it so it can't be done is not going to cut it for long.

Posted by Donald Clark at 10:46 AM No comments: