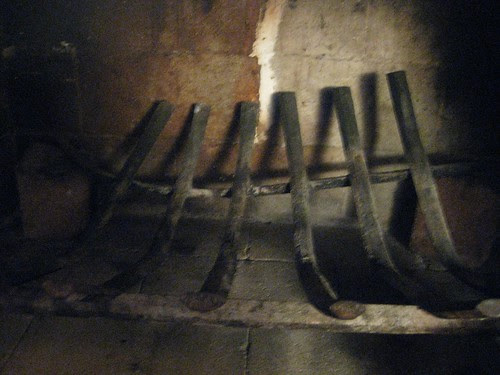 Note: This is an interesting discussion in that we get entirely two different views on a vital topic of interest. However, they are not without their own mistakes. The most grievous is the opening remarks: Saul's, "Nearly all of the contributors predicted the death of the classroom" and then Tony's, "Saul Carliner, who is a person I know, like and respect (maybe a little less now)."

Saul should of omitted the reference to the Learning Circuits Blog since there were only one, maybe two bloggers in the discussion who actually predicted the death of the classroom (although others may have hint at it); while Tony should have omitted the reference to respecting him a little less now as the attack is now being directed towards the person rather than the ideas being presented. Arguments like these should cause us to reflect on the ideas rather than the person.

The next is one of the papers presented, Schneider's qualitative study. First we have to remember that this is "qualitative" study - the why and how of decision making, thus smaller but focused samples are studied rather than large random samples.

First Saul relies on this piece of evidence too much and does not point out exactly what this type of reseach is about. Tony responds that eLearn Magazine suggests this is a vetted article. (Someone is going to have to point this out to me because I don't see any such suggestions. The lead-in actually reads, "Saul Carliner contends not only is the classroom alive and well...". "Contend means to "argue," not that it is vetted.). Thus such studies help us to focus more on what should be further researched -- we can neither rely on them wholely nor can we dismiss them becqause of their size.

Anyway, really good posts that will hopefully lead to others... but we need more argument and less rhetoric.

One of the main reasons that the most popular and most controversial Wikipedia articles have come to be more "accurate and free of vandalism" than they used to be has nothing to do with "sidewalk-like transparency and collective responsibility." It's the fact that Wikipedia has imposed editorial controls on those articles, restricting who can edit them. Wikipedia has, to extend Cohen's metaphor, erected a whole lot of police barricades, cordoning off large areas of the site and requiring would-be editors to show their government-issued ID cards before passing through.

In China, relationships are even more important to getting business done. The Chinese have a term for these relationships: guanxi. Guanxi literally means connections or relations, but also refers to the socio-emotional bond that ties people who do business together. Guanxi networks tend to have significant overlap between professional and personal concerns; it is not uncommon that a valuable business contact is also a close friend.

Unlike their Chinese counterparts, American managers are much more likely to keep personal concerns and business separate. Mixing the two is often considered unprofessional.

"Self-structured instructional practices - sometimes referred to as self-led inquiry - have many advocates, but this study suggests that this approach does not fit all students," Tai said. "Giving more guidance to some science students and more freedom to others seems likely to pay off in college."

"Student-led projects and investigations do not appear to be as productive as other approaches to teaching science in high school," Sadler said. "Increasing student autonomy may be motivated by the goal of providing experiences more akin to scientific research, but only the strongest students appear to get much out of such opportunities in most classrooms."