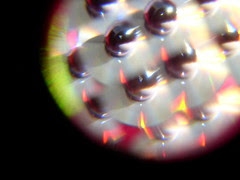 Inside one of the buildings, you might have found the eminent leadership academic John Alban-Metcalfe. He's giving a lecture to an assemble "some of the worst examples of leadership can come at the top of organisations", and citing such sources as Charles Handy while proceeding to debunk the myth of the charismatic leader.

At the highest level we can separate mLearning into learning applied to mobile devices inside the classroom and those outside the classroom. Please note I realize the simple fact that something that is mobile means it could easily move in or out of the "classroom", however there is an important distinction between the two. Also see, iPods for Learning.

Teaching in the digital world, part I: technology is not always your friend - Science Blogs

Teaching an on-line course turned out to be as much a learning experience for me as it was for my students. Now, it's time to step back and reflect on what was learned.

Workers can fritter away hours on YouTube. They can use social networks to pillory a colleague or leak secrets. That's the downside, and companies that don't adapt are sure to get lots of it.

But there's an upside to the loss of control. Ambitious workers use these tools to land new deals and to assemble global teams for collaborative projects. The potential for both better and worse is huge, and it's growing - and since 2005 the technologies involved extend far beyond blogs. So our first fix is to lose "blogs" from our headline. The revised title: "Social Media Will Change Your Business."

Posted by Unknown at 8:21 PM No comments: 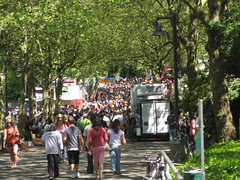 Posted by Unknown at 1:11 PM No comments:

Blogging--It's Good for You - Scientific American

Scientists (and writers) have long known about the therapeutic benefits of writing about personal experiences, thoughts and feelings. But besides serving as a stress-coping mechanism, expressive writing produces many physiological benefits.

The ability to think in abstract terms underpins the scientific, material and, arguably, moral advances of modern society.

People can vastly overestimate their ability to communicate unambiguously by email in that we find it hard to take another person's perspective when communicating electronically. Similarly, a study found that people tend to interpret emails more negatively than other forms of communication, making them even more likely to respond aggressively.

The aging brain is simply taking in more data and trying to sift through a clutter of information, often to its long-term benefit.
Posted by Unknown at 7:37 AM No comments: 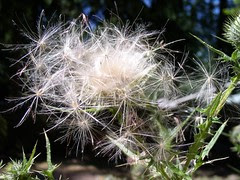 Unlocking the DNA of the Adaptable Workforce - IBM (executive summary)

Developing the workforce is the prime ingredient for an organization's success.

"As any firm that has attempted to transform its workforce to meet changing conditions will attest, the journey is difficult and littered with obstacles. Understanding key workforce performance challenges and identifying the leading practices companies are using to overcome them have become central focus areas." - IBM

Back to Basics - Metropolis

In our rush to build a knowledge economy we forgot that we need a backbone.

Think about paths instead of hierarchies - Signal vs. Noise

While this short post is about web navigation, the same principles apply to all forms of knowledge in the learning and development field.

"Instead of thinking in terms of hierarchy or up-front structure, I think it's better to work with paths. A path is a line that goes from a starting point A to an accomplishment B." - Ryan Mobile in 5 Paragraphs - Learnlets
Mobile learning is not about courses on a phone. mLearning is where we really bring home the message: 'It's not about learning... it's about doing", because while there are learning implications for mobile devices, it's really about performance support.

Can You Become a Creature of New Habits? - New York Times
Researchers in the late 1960s discovered that humans are born with the capacity to approach challenges in four primary ways: analytically, procedurally, relationally (or collaboratively) and innovatively.

What Behavior Do You Want to Change? - Business Week
When we began Nathaniel's exercise, our military friend chose: "When I become less judgmental. . ." as his behavior to change. I was skeptical about his sincerity and thought his participation in the exercise would be interesting to observe. True to my expectations, the first time around he coughed and grunted a sarcastic comment rather than talk about a real benefit.

Research Report on Feedback - Will at Work learning
This seminal research reviews how to give learners feedback, written in a way that puts feedback in perspective, that goes deep into the fundamentals to give readers clear mental models for how feedback works.

Posted by Unknown at 9:26 AM No comments: 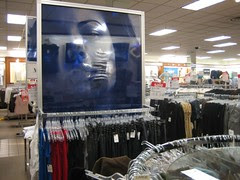 The Cognitive Age - New York Times
We're moving into a more demanding cognitive age. In order to thrive, people are compelled to become better at absorbing, processing and combining information. The globalization paradigm emphasizes the fact that information can now travel 15,000 miles in an instant. But the most important part of information's journey is the last few inches - the space between a person's eyes or ears and the various regions of the brain.

The globalization paradigm leads people to see economic development as a form of foreign policy, as a grand competition between nations and civilizations. These abstractions, called "the Chinese" or "the Indians," are doing this or that. But the cognitive age paradigm emphasizes psychology, culture and pedagogy - the specific processes that foster learning.

Memory Training Shown to Turn Up Brainpower - New York Times
Although the control groups also made gains, presumably because they had practice with the fluid intelligence tests, improvement in the trained groups was substantially greater. Moreover, the longer they trained, the higher their scores were. All performers, from the weakest to the strongest, showed significant improvement.

Study Suggests Math Teachers Scrap Balls and Slices - New York Times
The students who learned the math abstractly did well with figuring out the rules of the game. Those who had learned through examples performed little better than might be expected if they were simply guessing. The problem with the real-world examples, Dr. Kaminski said, was that they obscured the underlying math, and students were not able to transfer their knowledge to new problems.

We still believe there is human involvement - Nicholas Carr
"Captcha" is the official term for those wavy strings of numbers and letters that you have to decipher before setting up an online email account or gaining access to other types of web sites. The acronym, coined by someone at Yahoo a few years back, stands for Completely Automated Public Turing Test to Tell Computers and Humans Apart.