Taylor, Stoll, the Plasticity of the Brain, and Memes.

Tony Karrer had a very interesting post back in January, Touch Typing - Cursive Writing - Why?, in which he asks if touch typing should be taught in schools, rather than cursive writing. The post led to quite a discussion with a ton of comments.

I just finished reading Jill Bolte Taylor's book, My Stroke of Insight, in which she writes about her stroke and recovery. Taylor is a neuroanatomist, who had a major stroke that took her eight years to recover from. Her stroke gave her a remarkable insight, "This is so cool. How many brain scientists have the opportunity to study their own brain from the inside out?" She recently gave a eighteen minute talk at the TED conference that was considered the best talk at the conference:

Her stroke damaged a large portion of her left hemisphere. During her recovery, she makes an interesting observation in trying to regain her reading and writing skills:

"Although I failed miserably at reading and writing with a pen (left hemisphere/right hand), I could sit at my computer and type a simple letter (both hemispheres/both hands) that followed my stream of thought."

During the early part of her recovery she discovered that typing allowed "cross-talk" between her two brain hemispheres, which gave her the ability to communicate with the written word. Whereas writing placed too much load on her left-hemisphere, which caused her to fail. Later, she was able to gain the ability to write, thanks to the great plasticity of the brain -- through training, other parts of her brain took over the duties of her damaged parts. As a Time Magazine article noted:

Indeed, the brain abhors a vacuum, observes neuroscientist Dr. Vilayanur Ramachandran of the University of California at San Diego; it craves information, and when it can't come by the data honestly, it does the best it can with what it has.

So perhaps the real question to be asking is not should touch typing be taught in schools rather than cursive writing; but how do we teach both skills? Taylor's observation seems to imply that writing allows the linear self to take over so one can best organize thoughts, whereas typing allows a more creative self by using a larger part of the right-hemisphere. Thus, are the abilities to type and write secondary skills, while the more important skills to be gained from these two acts of learning are the abilities to think both logically and creatively?

Clifford Stoll is a scientist who is perhaps best known for catching a spy hacking into his school's network (The Cuckoo's Egg) and his belief that computers should not play a big part in schools: High-Tech Heretic: Reflections of a Computer Contrarian. A lot of people disagree with Stoll's views on computer literacy in schools, however, even if you disagree with him, you have to admire him. While most of us simply talk-the-talk on the subject, Stoll actually walks-the-talk by going into schools and teaching science as shown in this TED conference video (considered one of the best talks at the 2006 conference):

As Stoll shows, schools should be about learning a variety of things that stretch the plasticity of the mind to its limits -- the power of curiosity is the real heart of science. Writing, typing, and science are acts that allow us to turn information into memes, which is perhaps our true calling. 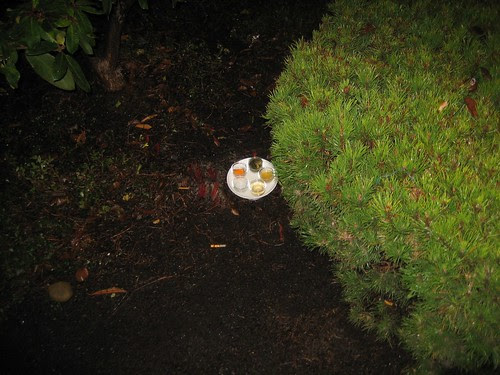 Algebra Education and John Dewey - Science Blogs
The brain learns by doing. Abstract concepts, untethered to experience, are never internalized by our neurons.

Whatever happened to inductive learning? - Clive on Learning
When it comes to writing interactive learning materials, I've always preferred a particular approach and have used this almost without thinking for the past twenty years. Rather than 'tell and test', where you present information and then follow this up with a knowledge test, I prefer an inductive approach, where you build on the learner's prior knowledge and help them to connect with new concepts, principles, rules, etc.

Growing Innovation Culture: Honda - schneiderism
At Honda not only are employees typically paid less than at the competition, but their opportunities to move up in the organization are pretty limited. That's because Honda is very, very flat as an organization. . . and it is this flatness that empowers people to experiment and to be entrepreneurial.

Distinguishing groups, networks and collectives - P2P Foundation
The model illustrates three levels of aggregation of learners in either formal or informal learning.

Posted by Donald Clark at 11:48 AM No comments: 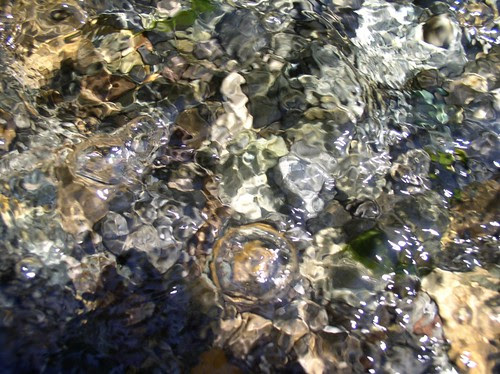 I'm a Wikipedia Inclusionist - Science Blogs
Wikipedia is far beyond the level where it need prove anything to the world. It's there, it's huge, it's extremely useful, and whenever I find it lacking on some point I have endless opportunity to do something about it.

Correct Levels Of Stress Hormones Boost Learning, Squirrel Study Suggests - Science News
In humans, cortisol production is also related to stress and is known to have an impact on learning, but that impact is not well understood, Mateo said. The research on ground squirrels could point to additional avenues of research. For how this might work, see the Yerkes-Dodson law.

Try setting drastic expectations - BQF Innovations
This is what GE Capital says about expectations, It is expected that we will grow our earnings by 20% per year or more. When you have objectives that are outlandish it forces you to think differently about your opportunities.

Innovation makes CIOs business leaders, experts say - Search CIO
(Note: Switch the term "CIO" for any leader within any part of your organization) "That's probably the single biggest thing people have got to get over is this notion that innovation is this very unique, disruptive thing," said Mark McDonald, Gartner group vice president of executive programs. "If I have such a narrow view of innovation, then what happens is that I don't do a lot of it."

How Twitter makes it real - BBC
As I sit here writing I feel connected to a community of people, feel that we share a space that none of the social network sites can conjure up, a space that is both here and not here, somewhere between offline and online.

Posted by Donald Clark at 7:39 PM No comments:

Diversity: The Squint and the Wail - I.D.
I showed pictures of the gadgets to my left-leaning New York acquaintances of European descent. One friend gasped. "They couldn't have made this more offensive if they tried!" she said. Others erupted into cringing, nervous laughter.
Then I approached my left-leaning, first-generation Chinese-American friends, expecting the same indignation.
"I feel like punching them," Kathy said.
"Because they're derogatory?" I asked. "No, because they look like those inflatable toys that bounce back up when you hit them."

Science 2.0: Great New Tool, or Great Risk? - Scientific American
A small but growing number of researchers--and not just the younger ones--have begun to carry out their work via the wide-open blogs, wikis and social networks of Web 2.0. And although their efforts are still too scattered to be called a movement--yet--their experiences to date suggest that this kind of Web-based "Science 2.0" is not only more collegial than the traditional variety, but considerably more productive. After all, since the time of Galileo and Newton, scientists have built up their knowledge about the world by "crowd-sourcing" the contributions of many researchers and then refining that knowledge through open debate.

Influencing Competency Management - CLO
Recent research from the Aberdeen Group showed that best-in-class performers are up to 86 percent more likely than "laggard" companies to know which skills and traits make top performers.

Millennials at the Gate - Workforce
"Some of them are the greatest generation," said Marian Salzman, an ad agency executive at J. Walter Thompson who talked to 60 Minutes in November and invoked the term used for the pre-boomers who fought World War II and held down the home front. "They're more hardworking. They have these tools to get things done. They are enormously clever and resourceful. [But] some of the others are absolutely incorrigible. It's their way or the highway."

Proof of six degrees of separation - c/net
The average path length, or degree of separation, among anonymized users probed was 6.6.

Revenge of the Experts - Newsweek
The individual user has been king on the Internet, but the pendulum seems to be swinging back toward edited information vetted by professionals. Web 3.0 is taking what we've built in Web 2.0 -- the wisdom of the crowds -- and putting an editorial layer on it.

Web 2.0 Is the Future of Education - STEVE HARGADON
Ten trends that have particular importance for education and learning, and seven steps educators can take to make a difference during this time.

People power transforms the web in next online revolution - Guardian
We are just at the start of exploring how we can be organised without the hierarchy of top-down organisations. There will be many false turns and failures. But there is also huge potential to create new stores of knowledge to the benefit of all, innovate more effectively, strengthen democracy and give more people the opportunity to make the most of their creativity.

Posted by Donald Clark at 8:27 PM No comments:

New Model Army - Metropolismag
Fine art has inspired a degree of discernment since cavemen doodled at Lascaux and is routinely dissected in publications as varied as Artforum, Time Out, and the New York Review of Books. Design, on the other hand, has only warranted formal scrutiny in the United States in the last 60 years, coinciding with the post-World War -- surfeit of stuff.

Crowd-sourcing beats the experts: If you want to know what's going to happen to the labor market, don't ask an economist - ask your neighbor or co-worker.

Dan Dennett: Ants, terrorism, and the awesome power of memes (Video - 15:39 min) - TED
Starting with the deceptively simple story of an ant, Dan Dennett, philosopher and scientist, unleashes a dazzling sequence of ideas, making a powerful case for the existence of "memes."

Posted by Donald Clark at 8:36 PM No comments: 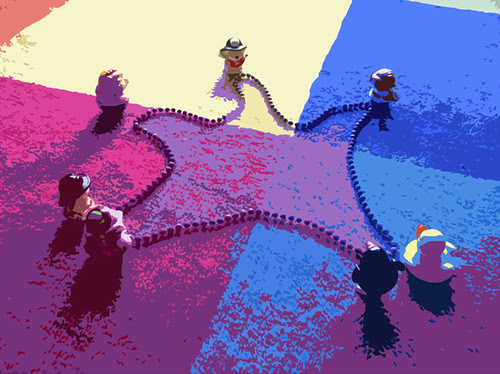 Team-based E-learning Turns A New Page - Science Daily
Most e-learning systems are based on modules, students work through a curriculum. Usually a student has something to learn, and the tutor sets questions or an assignment to test what they have learned. Collaborative learning through teamwork projects need an entire project management system, but with e-learning functionality built

The commoditization of knowledge - David Weinberger
The person looking up an acronym was looking up a fact, but the person skimming the Wikipedia article on the 1996 Telecommunications Act was ingesting knowledge, not just facts; she very likely wanted to understand what the Act was about, not get a list of dates and bullet points.

5 ways to make linear navigation more interesting - Making Change
Methods to build interest so that the learner wants to continue by clicking the Next button.

The Post-it Way - CE Buzz
I'm not going to convert all my training materials to Post-it notes, but I could do more to apply the "what you need to do" filter to instructional design.

Humans Are Just Machines for Propagating Memes - Wired
A meme is an idea or thing that is passed from person to person and is either adopted for its usefulness or other purpose -- in some cases becoming a wildly popular idea that can't be stopped -- or abandoned to die a quick and ignoble death. A meme can be a song or snippet of a song, a dance, an urban legend, an expression or behavior, a product brand or even a religion.

Venti Learning with Foam: A Video Report from Starbucks - The Masie Center
On Feb 26, 2008, Starbucks closed over 7,000 stores for a unique 3 hour company wide training effort. The following day, Elliott Masie visited the local Starbucks in Saratoga Springs, NY and did an in-depth interview with the store manager on the learning outcomes, processes and texture of this experiment.

Posted by Donald Clark at 9:40 AM No comments: