These findings have important real world implications. If making choices depletes executive resources, then "downstream" decisions might be affected adversely when we are forced to choose with a fatigued brain. Indeed, University of Maryland psychologist Anastasiya Pocheptsova and colleagues found exactly this effect: individuals who had to regulate their attention - which requires executive control - made significantly different choices than people who did not.

Everything is fragmented - Building CoPs for knowledge flow - Dave Snowden

The name brings to mind Etienne Wenger's pioneering work in observing naturally occurring use of virtual environments by engineers. The problem was that when people went from a researcher's description of what had grown naturally in the past to a prescriptive recipe, things went wrong.

Ohio State University students who used the devices to answer multiple-choice questions during physics lectures earned final examination scores that were around 10 percent higher - the equivalent of a full-letter grade -- than students who didn't.

Crisis, what crisis? The future of elearning - Training Zone

95% of respondents believe elearning works best as part of a blend. This has always been the belief of those of us with a more enlightened view of the uses and limitations of 'e' as a learning medium.

There is not a lot of critical or analytical writing on learning in the business press, so this article by Amy Ednondson is an important one. She makes the distinction between Execution-as-Efficiency and Execution-as-Learning.

I stepped on the toes of many data presentation purists yesterday, so let me reiterate my point to make it crystal clear: In a presentation to non-scientists (or to bored scientists), the purpose of a chart or graph is to make one point, vividly.
Posted by Donald Clark at 8:32 AM No comments: 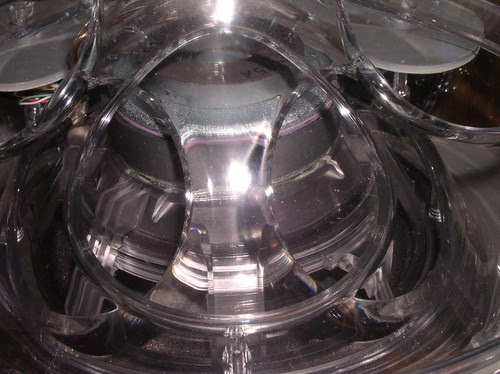 According to conventional wisdom, 70 percent of employee development happens on the job, 20 percent through formal and informal relationships with bosses and mentors and 10 percent in the classroom. However, we are seeing a new dynamic emerge, one that suggests that 50 percent of employee development takes place through challenging job assignments, 30 percent in the classroom and 20 percent through community involvement. This theory suggests that powerful learning experiences are available everywhere and that experiential classroom instruction can be tied more closely to the job than ever before.

The problem with bar charts is that they should either be line/area charts (when graphing a change over time, like unemployment rates) or they should be a simple pie chart (when comparing two or three items at the same scale).

New Design for My Smile Sheet - Will at Work Learning

"Today's employers will need to be innovative in hiring and motivating their workforce employees who can vary widely in age from Generation X and Y to Baby Boomers," said researchers Diane Spokus, a recent Ph.D. recipient in workforce education, and William Rothwell, professor of workforce education and training and development. "Few institutions have retention efforts under way to retain their mature workforce. But managers will need a smorgasbord approach to fully use the untapped assets of an aging workforce."
Posted by Donald Clark at 9:25 AM No comments: 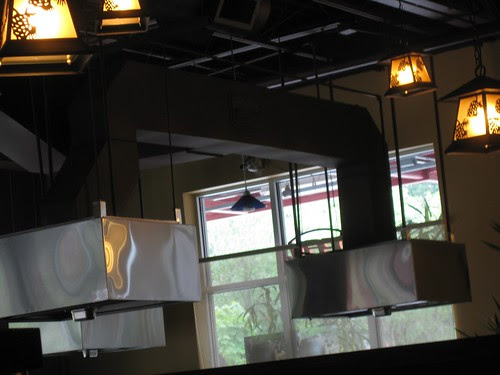 Mirror Neurons collapse the distinction between seeing and doing.

While much of a recruit's introduction to the Army is the same as it has always been--firing ranges, long marches, obstacle courses, and the like--the Army is increasingly utilizing new technologies to help soldiers learn their jobs.

The crowd within - Economist

This suggests that the brain is constantly creating hypotheses about the world and checking them against reality. Those that pass muster are adopted. Guessing the answers to questions you do not know the correct answer to, but have some idea of what the right answer ought to look like, could tap into such a system. A hive mind buzzing with ideas, as it were, but inside a single skull.

UK and US employees are costing businesses $37 billion (£18.7 billion) 2 every year because they do not fully understand their jobs, according to a new IDC white paper commissioned by Cognisco, the world's leading intelligent employee assessment specialist.

Approximately two thirds of the total cost of misunderstanding reported by organisations was attributed to loss of business due to unplanned downtime (32 percent), poor procurement practice (17 percent) and settlements for industrial tribunals (16 percent). Other costs incurred include regulatory penalties and tax or revenue penalties.

Remember the long tail? It was the omnipresent theory that suggested there were oodles of cash to be made by monetizing a market's disparate tastes via the Web.

Why sell a million copies of Led Zeppelin's Coda, when you can make a thriving business of selling two to three copies of your neighbor's garage band to Rick, two copies of a Nigerian band's tunes to Susan, and so on? As new research highlighted in Harvard Business Review suggests, the answer may well be that the real money is in the blockbuster, not the long tail, after all.

Your Mashup Is Probably Legal - Slashdot

"We've been conditioned to think that if you pull something off the web and use it, you're committing some sort of copyright infringement. But increasingly, the law is moving in the opposite direction. Provided you are making a truly new use of the content, you are free to make money off those copyrighted images and video and sound.
Posted by Donald Clark at 9:43 AM No comments: