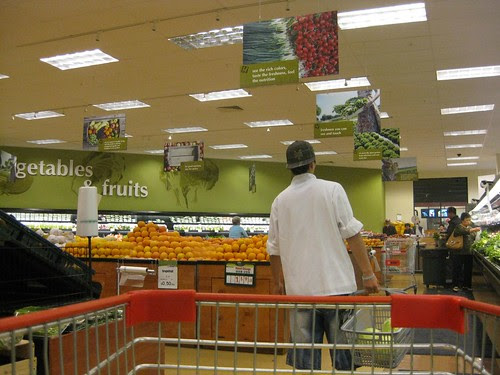 What e-Learning Tools are You Using - Karl Kapp

Along with the survey out how long it takes to develop one hour of training, Robyn DeFelice and Karl Kapp also asked about what elearning tools were being used. The two most widely used tools were MS PowerPoint and MS Word, with Adobe Flash and Adobe Captivate coming in third and fourth.

How to use social media in a more formalized strategic manner:

I disagee with the second point in the post, "[ID should] stay the hell out of it" because the above is basically what good ID is all about.

When a leading global supplier of passenger automobiles did not find the desired impact on job performance after various instructor-led, course-based programmes due to low-literacy level and different cultural backgrounds among its factory workers, the company created a vivid presentation using animations, simulations and procedural videos that increased curiosity among the workers who absorbed the messages in the highly-graphic training presentations.

Advance of e-learning continues to be overstated - Training Journal

Martyn Sloman, learning and development adviser, CIPD, says: "Simply saying we support blended learning solutions is not enough. We must work much harder to integrate e-learning into broader learning and performance support activities. The best organisations are doing this, but the worst are simply making e-learning available to the individual on their PC and hoping that something will happen as a result."

Personas shows you how the Internet sees you:

Personas is a component of the Metropath(ologies) exhibit, currently on display at the MIT Museum by the Sociable Media Group from the MIT Media Lab. It uses sophisticated natural language processing and the Internet to create a data portrait of one's aggregated online identity.

This seems to be a good metaphor for providing visual clues in Instructional Design:

Yes, people do really walk in circles - but only when stripped of important visual clues, such as the sun or moon, according to a paper published online today in Current Biology.

I agree.. you will eventually learn if you follow instructions.

This article is very helpful. As part of Bloomsburg's RFP class, we are currently trying to figure out ways to incorporate e-learning tools, social media and web 2.0 technologies into our request for proposal. The information that has been provided gives us a better idea of what to use and why they are useful to the company.Hopefully in the future, companies will allow e-learning training to become more interactive to make the learners more interested.