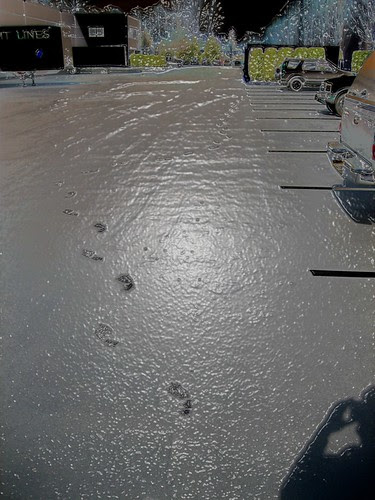 Where is Training Going?

As we continue to morph and flex the ADDIE model, we need to think about iterative design and development and creating teams of people to complete projects (rather than creating teams of people responsible for one function). It isn't just about creatively implementing a design and development model to generate different kinds of solutions. It's about a different kind of working relationship between and among designers, developers, artists, programmers, media specialists and - yes! - even clients - to pool creative energies and decision making.

Good trainers know how to personalize and contextualize their sessions, but social media can reinforce this continuously, not constrained by time or space. Successful organisations will move from a training focus, and even beyond a performance improvement focus, to a connecting and facilitating one.

Most people don't want to stumble around in the basics. If they don't know anything, they'd like to get quickly to where they do know something, so they can try to do something. The factory learning model doesn't fit every situation, but neither does everyone want to build his own auto engine, let alone smelt the steel to make it with.

Only the most motivated and independent learners can sustain prolonged periods of self-study, however good the materials; and only a minority of topics can be handled by self-study alone. All of which brings us back, of course, to blended learning, which is where I'd recommend any organisation to start their journey of transformation.

Its strengths are that it's cheap, immediate, direct, personal, not in real time and unobtrusive. I think every company and organization that has staff using mobile phones should be forced to do a course on texting, then forced to text more often than talk on the phone. Texting cuts to the quick. It would save them all an absolute fortune.

Convergence of work and learning -- tell people what you expect them to do; then make it easy for them to learn how to do it. It's not rocket science, but it does turn the usual way of looking at corporate learning on its head.

How to Unleash Your Creativity - Scientific American

There are four different skill sets, or competencies:

The modern example that has long been held as the standard is Johnson & Johnson's response to the Tylenol murders of 1982. By all accounts, the company handled the crisis brilliantly. By contrast, the corporate graveyards are marked with the headstones of many companies that were less forthcoming, or even deceptive, in their dealings with the public: WorldCom and Enron, to go back a few years, and Lehman Brothers and AIG to pick from recent headlines.

Let's look at a recent case: Daniel Bouton, CEO and Chairman of Societe Generale. Back in January, Daniel Bouton learned one weekend that a rogue trader in his shop had generated almost 50 billion euros in losing bets - a great deal more than the firm was worth.

Time and again, studies have shown that telecommuters are every bit as engaged as their cubicle-bound brethren - and happier and more productive to boot. Last year, researchers from Penn State analyzed 46 studies of telecommuting conducted over two decades and covering almost 13,000 employees. Their sweeping inquiry concluded that working from home has "favorable effects on perceived autonomy, work-family conflict, job satisfaction, performance, turnover intent, and stress." The only demonstrable drawback is a slight fraying of the relationships between telecommuters and their colleagues back at headquarters - largely because of jealousy on the part of the latter group. That's the first problem you solve when you kill your office.

The Internet is no 21st-century boob tube - cnet

It turns out the Internet isn't exactly following the model of the boob tube in co-opting family discourse, according to a new national survey of 2,252 adults from the Pew Internet & American Life Project. "We were surprised to see that lots of families treat the Internet as a place for shared experiences," Tracy Kennedy, author of a new report about the survey called "Networked Families."
Posted by Unknown at 8:02 AM

The perspective HBR puts forward with respect to Daniel Bouton and what occured at Societe Generale is really only half the story, and leaves one thinking that the scheme and the reaction to it only began when the loss was discovered. What I believe is just as relevant is that prior to this loss the same "rogue traitor" had enormous gains over the previous year, which the bank chose not to investigate thoroughly. And it is argues that Bouton's decision to unwind the trades immediately made the losses greater.

Was transparency called for when they had the substantial gains?