In Memory of My Loving Wife 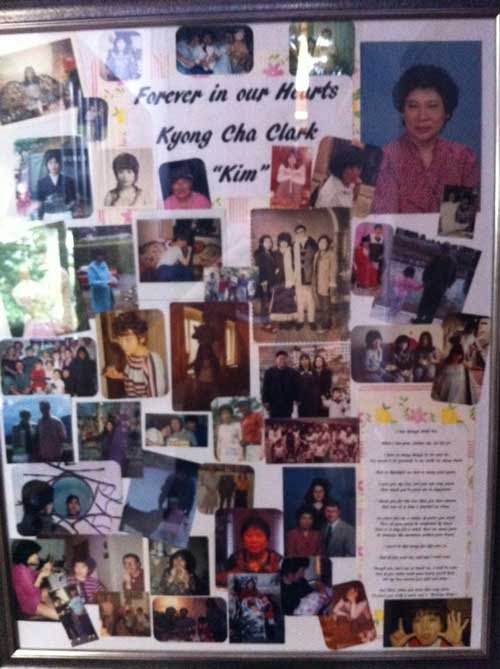 As you probably noticed I have not wrote any new blog posts or tweeted for quite some time. My wife passed away last November. I knew this would come sooner or later as she had an advance stage of cancer that was diagnosed in January of last year. I thought I was better prepared, but Kyong and I have been married for over 39 years and soul mates for over 40 years  (it was both our first marriage). Thus it came as a bigger shock than I thought it would.

Kyong was willing to fight the cancer as long as she could maintain a certain quality of life, but said when it was time to go, she wanted to go. On November 6th she came down with pneumonia and was taken to the hospital with a low blood oxygen  level. They gave her forced oxygen and antibiotics, which quickly brought her oxygen level up to normal; however, the next day it started dropping again to an unsafe level and we decided it was time to put her on comfort care. Our daughter and I were both at her side when she passed peacefully away.

I had to drop off the virtual social grid as I was quite busy taking care of her, our home, and running my business during the last few months of her illness and then it took me quite some time to get over the grief of losing her. It's time to reenter the grid.
Posted by Unknown at 10:12 AM

So sorry to read this sad news. God bless you all, Don. Welcome back.

Sorry for your loss, and welcome back.

Don, my deepest regrets and prayers of peace for you both. I've missed your knowledgeable voice of reason and am glad for your return.

Thank you for sharing this post and sorry for about your wife. My family is dealing with a very similar situation right now, with my mother passing away this week from advanced cancer. I am glad you took time to grieve and are back on the grind.

My sincere condolences, Don. May you be at peace.

So sorry to hear about your loss. Please accept my heartfelt condolences.

Nice to see you back.

So sorry to hear this, Donald. My deepest condolences to you and your daughter...

My heart goes out to you. May your wife's memory be a blessing for all who knew her.

I am sorry for your loss. She will always be part of you and watch over you where ever you are -- smiling! God bless you and your family.

My condolences for your loss Don. Your post is heartfelt, honest, and loving. 40 years of memories ... I sure hope to get there too with Denise.

I just saw this. I am so sorry about your loss. May you find peace and comfort in your memories, and in the face of your daughter.

My sincere condolences Don. All comfort and peace to you these days. DF

You have been a hero of mine - Sorry for your lose.

If any value - where I live in a wooded region of Michigan I came to understand that each fall we are provided a cycle of life lesson embodied in observing what occurs to leaves.

Don - I'm teaching a class on Instructional Design and wanted to introduce my learners to your wonderful site. I haven't visited in a while, and just saw the note that Kim passed away. I'm so sorry for your loss. I'm sending you a big hug through the Internet.