A recent On The Media Podcast has several short stories about media that might be of interest to many of you. Unlike their original podcast in which all the stories are combined into one podcast, their web page on the podcast has the stories broken down into short segments so that you can pick and choose the ones you want to listen to. 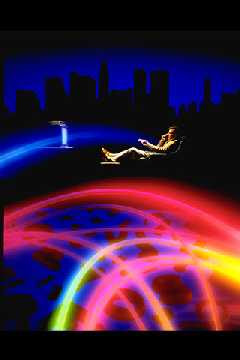 The first story that might be of interest is titled, Field Guide (transcript), that discusses the popularity of the Madden NFL video game among pros, college, and high school football players. One thing is for certain — the new players are much more familiar with offensive formations, defensive formations, play calls, etc. than new players 20 years ago; and both players and coaches agree that they are learning a lot about football through the video game.

The next one is titled the The Uncanny Valley (transcript). The story is about simulations and the human sims within them. What is interesting is that if you create a sim that is 95 percent lifelike, it is great; however, if you made one that is 96 percent lifelike, it is a disaster because it is like a a human being with something wrong. That is, if it gets too life-like, but something is slightly off, it starts to look horrifyingly dead and dull — which freaks people out.

The Death of the Web?

While the recent story in Wired magazine left many people scratching their heads, the story, The Death of the Web? (transcript) notes that we have to realize that the “web” is NOT the “internet.” The web is what we surf via our Web browser (web sites and HTML). While the internet is composed of the network, the wires, the routers and all that on which digital information flows. And it is non-web applications that are starting to have a big impact in how we receive our information (think iPad and iPhone).