First, I'm sorry for the long delay between postings but I got tied up with a couple of complex projects. Hopefully future postings will be more timely.

One of the elements in the Periodic Chart of Agile Learning is metalearning — being aware of and taking control of one's own learning (Biggs, 1985). However, since most educational and training activities normally teach learners what to learn, rather than how to learn, this is one task that does not come easily for some learners. One method that can help learners increase their metalearning skills is by giving them an insight into the use of perceptional channels (DeSimone, Werner, Harris, 2002).

Perceptional channels are often referred to as "modalities" — a channel by which human expression can take place and is composed of a combination of perception and memory. It is often used in Learning Style theory. While Learning Styles has been written and blogged about a lot lately, normally in response to two papers, Learning Styles: Concepts and Evidence and Learning Styles and Pedagogy in Post-16 Learning, I believe it is going in the wrong direction. Note that the two papers do NOT disprove learning styles as scientific studies can normally only prove what exists, not what does not exist. For example, in one study of verbal and visual learners, magnetic resonance imaging technology actually shows that the brain processes information differently, depending upon a person's learning style. 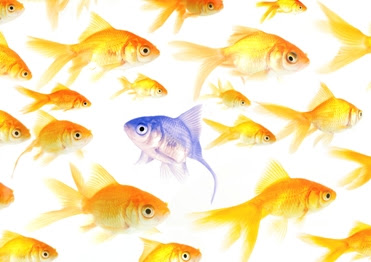 Now I'm not advocating that using one's learning style promotes learning, because so far the evidence does not support this, but rather the opposite — the use of one's learning style often hinders or prevents learning. For example, one study found that visual presentation through the use of pictures was advantageous for all adults, irrespective of a high or low learning-style preference for visual images. In addition, it was especially advantageous for those with a strong preference for verbal processing (Constantinidou, Baker, 2002).

This also apples to other types of learning styles. For example, while verbal learners may like to read about something rather than actually try it, they do much better when they actually apply the skills (kinesthetic), rather than reading about it (Matching Teaching Style to Learning Style May Not Help Students).

Rather than teaching learners that knowing and using their personal learning style is best for them, we should be showing them how an over-reliance on one's learning style is actually harmful, thus they need to select the best style or modality for the task on hand. The meta-analysis of educational interventions conducted by (Hattie, Biggs, Purdie, 1996) can help us put metalearning in context with other interventions, which allows us to put our limited resources and efforts into the interventions that have the largest effect sizes:

While the above chart does not include metalearning, we can use the research of Marzano (1998) who found that approaches that were directed at metalearning, such as setting goals, choosing appropriate strategies, and monitoring progress are more effective in improving learning outcomes than those which simply aim to engage learners at the level of presenting information for understanding and use. Interventions targeted at improving metalearning produced an average gain of 26 percentile points. While there are a few of ways of calculating effect size and percentile points, I believe 26 percentile points would roughly equal an effect size of 0.80. This would place metalearning in the top five interventions:

In addition, as we begin placing more emphasis on informal learning, rather than formal and nonformal, metalearning's importance would probably rank even higher in the chart. Using learning styles as a tool to help learners learn-to-learn, rather that an instrument for stereotyping them into using a particular style, could help them to target one or more styles to fit a strategy for a particular learning need. If you are interested, here are two free learning style surveys to help you: VAK and the Learning Style Survey.

Great post! I'd heard at ISPI a decade ago or so, that having the learners learn outside their "learning style preference" produced better results, assuming a motivated learner.

Thanks so much for this insightful explanation of those journal articles that emerged (and were later touted by a few newspapers to officially "debunk" learning styles). I spent quite a bit of time studying Pashler's ideas about data collection methods on this topic and am disappointed that his valid research has been twisted into meaning that learning styles are simply invalid.

More balance and thoughtfulness - which is good. But, I still think Learning Styles have been pretty well debunked.

Not so much because of the weight of research (although, the Coffield Report in the UK does a fairly good job there) because, you're right, showing no effect is not the same as disproving.

But rather because there's so much more we could be working on. It's not so much that they're bunk but largely irrelevant to the way that practitioners do their thing.

Recent hints that certain topics/subjects/learning outcomes might have an optimal 'Teaching Style' seem more useful - but we'll have to see how that pans out.

Here's some balance to the Coffield debunking - http://www.teachingexpertise.com/articles/teaching-learning-styles-369 - which pretty much supports what you're saying. As an aid to metacognition, Learning Styles can be useful.

Here's a pointer to the Teaching Styles research (among other Learning Styles-related things):